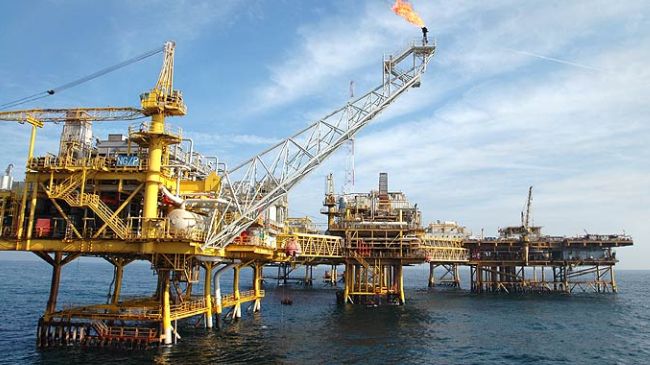 Russia and Iran signed a barter agreement, under which Iran will sell crude oil to Russia in exchange for products.

This agreement was initially discussed in April 2014 when Iran was under Western sanctions over its nuclear program, where they have been restricted to trade in US dollars.
Russian traders were to participate in the selling of Iranian oil and in exchange Iran receiving in return essential goods and Russian technology.

“The deal has been concluded. We are just waiting for the implementation from the Russian side. We have no difficulties; we signed the contract, everything is coordinated between the parties. We are waiting for Russian oil companies to send tankers, “said Iran’s Oil Minister Bijan Zanganeh.

Russia and Iran have been also discussed about energy, electricity, nuclear energy, gas and oil, as well as cooperation in the field of railways, industry, and agriculture.

The sanctions placed over Iran were lifted in 2016; Russian Energy Minister Aleksandr Novak said that the deal as discussed is no longer necessary.

“US primary sanctions apply to US financial institutions and companies, including their non-US branches (but not their subsidiaries). Moreover, with very limited exceptions, businesses and individuals related to the US continue to be generally prohibited from dealing with Iran, including with the government. US dollar clearing restrictions have not been lifted and pose a significant challenge for non-US banks that may do business with Iran, but may not be paid in US dollars.” the IMF said.

In February, Russia’s state trading enterprise Promsirieimport has been authorized by the government to carry through the purchase of Iran’s oil through the oil-for-goods program under study by both countries.

The Russian Energy Minister Aleksandr Novak announced in March 2017 the plan was back on the table with Russia buying 100,000 barrels per day from Iran and selling the country $45 billion worth of goods and technology.

The finalization and support

Our job is to work very closely with our clients to ensure full order finalization and to deliver the necessary support, translation and assistance with certification to ensure all orders are finalized, run smoothly and final payment is received.

With the local support network of our parent company MIA Group export demand has a strong infrastructure of local offices.

All of the inquiry follow-up and local support comes from an experienced team of qualified staff with industry specific knowledge.

We ensure that the local support we deliver provides our clients with opportunities to build business in their chosen export countries, but also to support local partners in building the best possible relationships with our manufacturers.

In many cases we are providing our clients with technically minded local partners, with expertise, proven relationships with the industry sector and more vitally the ability to assist with technology demonstration, installation and after service support.

We are an economic and effective alternative to Exhibitions. Many of our clients attend trade shows and exhibitions. At the end of the trade show they may have generated some interest in their Technology but they now have to do the hard work of following up those enquiries, qualifying those enquiries and chasing the prospective companies that they have heard from during the exhibition.

We believe that there should be more support . We believe that our job is to develop a qualified enquiry from an organization that has a definite commercial interest in our client. We then assign a head of research to our clients to deliver support going forward.

We believe we should provide 12 month ongoing support, in terms of qualification, credit checking, translation, following up the enquiry in order to deliver as much on the ground support as possible to help our client progress with the initial enquiry we have developed.