China and US signed a new agreement 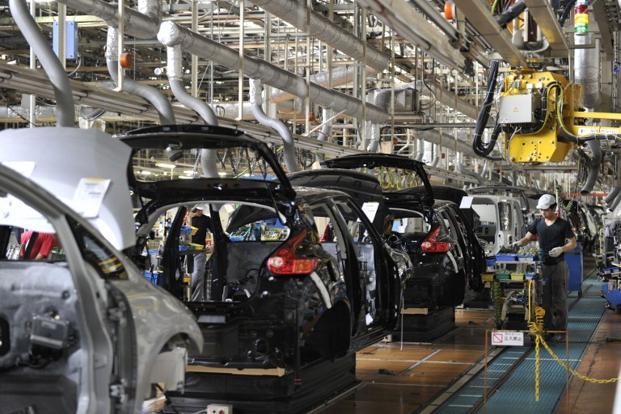 Russia proposes to stimulate car exports by using preferences and subsidies to triple the car export.

In 2016 the Russian car exports amounted $2.4 billion so they planned to reach $4.9 billion by 2025. To do so, Russia should export car components that would worth $1.6 billion per year.

The priority export markets from Russia are the Middle East (Iran, Lebanon, and Jordan), Germany, India, China, and some African and Latin American countries.

Russia Ministry suggests that should sign a long-term agreement with International Automakers to assembly lines in Russia with an annual output capacity starting at 80,000 to 100,000 vehicles.

The main Russians export markets assembled vehicles for international brands are the CIS and Middle East. Hyundai exports its Russian-built vehicles to the CIS, Tunisia, and Lebanon. , Algeria and Georgia. Renault Russian-assembled vehicles are exported to Vietnam and Algeria.

A total of 945 Russian-built Datsun vehicles (owned by Nissan) were delivered to Kazakhstan, Lebanon and Belarus last year.

The Ministry proposes to introduce a system of tax rebates for export which will be used for offsetting import duties as a stimulant for the international automakers to subcontract the component providers from Russia.

This plan is expected to increase imports of Russian assembled- international car makers to minimum of 70,000 cars by 2025.

The finalization and support

Our job is to work very closely with our clients to ensure full order finalization and to deliver the necessary support, translation and assistance with certification to ensure all orders are finalized, run smoothly and final payment is received.

With the local support network of our parent company MIA Group export demand has a strong infrastructure of local offices.

All of the inquiry follow-up and local support comes from an experienced team of qualified staff with industry specific knowledge.

We ensure that the local support we deliver provides our clients with opportunities to build business in their chosen export countries, but also to support local partners in building the best possible relationships with our manufacturers.

In many cases we are providing our clients with technically minded local partners, with expertise, proven relationships with the industry sector and more vitally the ability to assist with technology demonstration, installation and after service support.

We are an economic and effective alternative to Exhibitions. Many of our clients attend trade shows and exhibitions. At the end of the trade show they may have generated some interest in their Technology but they now have to do the hard work of following up those enquiries, qualifying those enquiries and chasing the prospective companies that they have heard from during the exhibition.

We believe that there should be more support . We believe that our job is to develop a qualified enquiry from an organization that has a definite commercial interest in our client. We then assign a head of research to our clients to deliver support going forward.

We believe we should provide 12 month ongoing support, in terms of qualification, credit checking, translation, following up the enquiry in order to deliver as much on the ground support as possible to help our client progress with the initial enquiry we have developed.